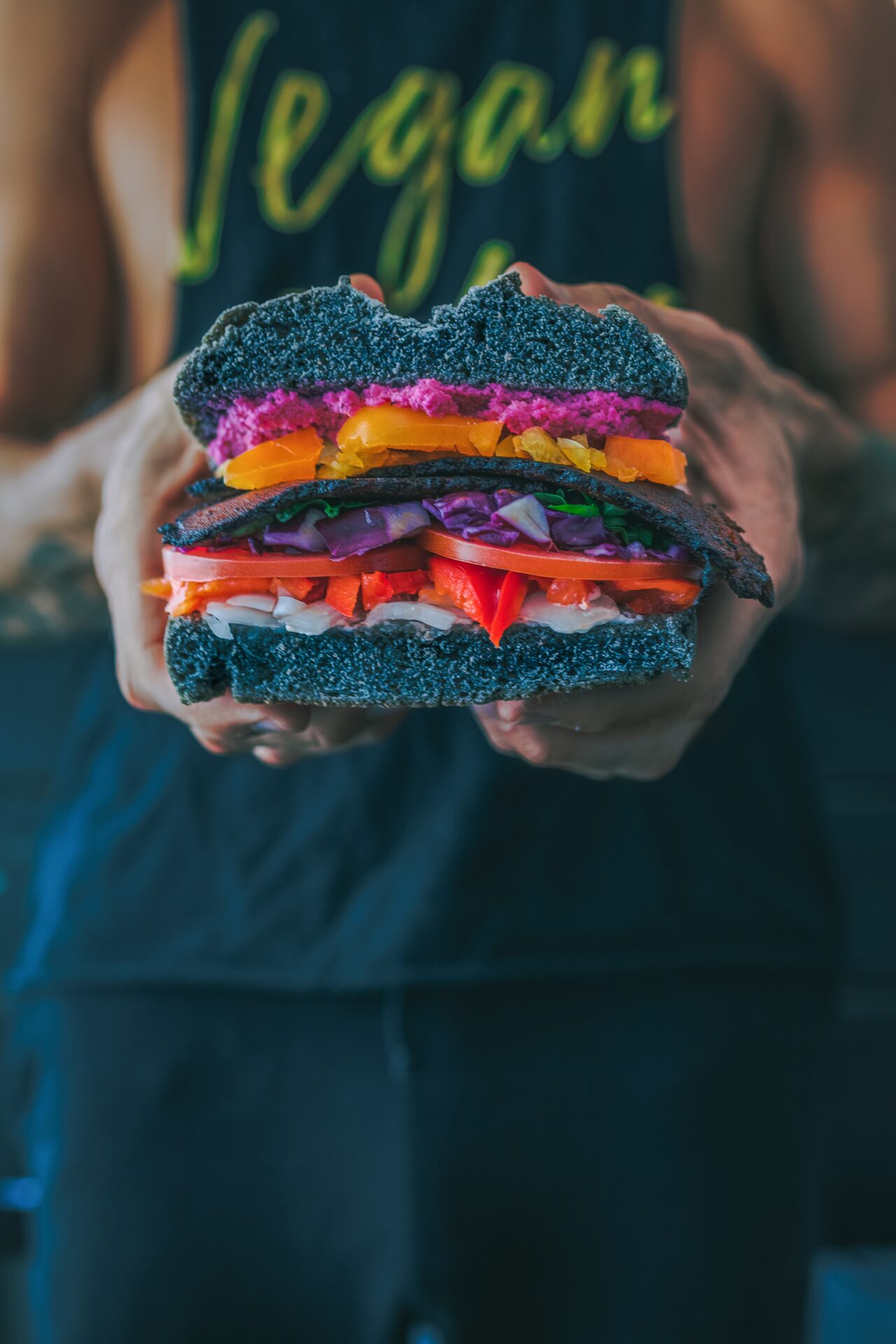 How to Go Vegan: A Beginner’s Guide to Making the Transition

One of the most popular assumptions about veganism has been that it’s boring, pretentious, and eventually unachievable. After all, why will anyone give up something ‘as delicious as meat’ and, ‘as fashionable as real leather’? Such questions generally generate from the lack of awareness, and knowledge about the three most important questions:

Don’t worry, all of these widely asked questions will be explained and answered thoroughly as we continue reading below.

To set the record straight, nobody ever said that veganism is going to be easy, since we’ve been drinking a glass of cow milk every day before school, eating turkey sandwiches as a snack longer than one can remember. Hence, it may seem impossible at first but as you go about it, it’ll get easier than you thought it to be.

It is common knowledge that transitioning into a vegan lifestyle has been in trend for the past few years. It has taken the world population by a storm and people can’t wait to be trendsetters for such a noble cause— for themselves, and the environment. Moving from animal-based products to plant-based products, be it food or clothing needs a diverse set of choices to be made, but taking baby steps is the only way to go about it. Most of the times people just shrug off the idea of going vegan in fear of missing particular food items and luxury. But it will be immensely ignorant of us to acknowledge that going vegan is a much-needed change that should be attained at a steady pace, consequently achieving sustainability at an individual level. So, it is perfectly fine to feel a little overwhelmed when you finally muster up the courage and make the decision and the first wave of discouragement hits with ‘how to go vegan? Does one just start overnight or does it take full-proof planning? All these questions need a perfect guide, and you have come just to the right place!

Veganism is a way of life where certain people restrain from the use of animal products, especially in the diet for moral and environmental reasons. An individual who avoids animal products and follows a plant-based diet is known as “Vegan”. The word ‘vegan’ first came into use in 1944. It simply meant “non-dairy vegetarian” back then. Nowadays, being vegan is an entire lifestyle. Vegans are divided into several sub-categories:

The question shouldn’t be why, but why not?

Going vegan has a lot of benefits including health. Studies suggest people who go vegan are much healthier and happier than non-vegans. Vegans tend to get all the nutrients that they need to be healthy such as fiber, plant protein, etc. without the animal-based products that might get you sick often than you realize. A vegetarian diet is particularly low in fats as compared to an animal-based diet which makes the latter a prominent cause of worldwide obesity. Several studies also found that vegans consumed more fiber, folate, Vitamin E, Vitamin C, potassium, and magnesium. People who are approaching this sort of lifestyle have much better blood pressure and cholesterol levels, with a remarkably reduced risk of organ failures and heart diseases. Veganism has also proven to be a splendid aid in improving kidney functions, along with lowering the deadly risk of cancer. Healthy body weight, cleaner and glowing skin are just some of the multiple amazing by-products of going vegan.

Now we address the ethical reasoning behind switching to veganism. It is estimated that more than 56 billion animals are killed every year for food and clothing purposes, even though alternatives are easily available. The elevated rates of animal agriculture are also responsible for 18% of greenhouse gas emissions and 20-33% of freshwater consumption, worldwide. ¾ of World fisheries are already depleted, and many studies reveal we could even go fishless at this rate by 2048, disrupting and destroying multiple eco-systems at once.

On the other hand, veganism also creates awareness about the diseases being spread because consuming animal-based products which don’t just deteriorate your physical health but hampers your psychological well-being as well. This rapidly growing environment has numerous positive effects in its entirety and we have only just started with some of those.

Honestly, it might be and might not, there isn’t possibly a right answer. It could differ for various people. Each day more and more people are going vegan, sometimes finding adequate sources of nutrients and diversity without any animal products might be hard but generally, it’s not so challenging.

Diving right into it might be a good idea too if that’s what you want. Just keep educating yourself and make sure you’re doing everything right. Make small changes in your everyday diet. Replacing animal-based products with a plant-based diet whether it be milk or yogurt. How to start a vegan diet? How to make sure that the body gets a sufficient amount of protein, minerals, and calcium? All this might be a little hectic and a lot on one’s mind but as the saying goes, “where there’s a will there’s a way.”

B12 is a very important nutrient that is usually present in meat and is available from fortified foods including cereals, dairy products, and many more. B12 and calcium supplements are also available in pharmaceutical stores.

Searches for vegan leather and clothing have seen an increase of more than 65% in the last fiscal year. If you’re new to veganism, people who haven’t tried or even thought of going vegan might comment and pass judgment with the argument that what difference can one tiny human make towards a global collapse of the environment. It’s a very uneducated and unaware question, howsoever, to answer it is to acknowledge that the functioning of our environment and its ecosystems are immensely democratic. Even the littlest species being endangered can cause a ripple effect resulting in a multitude of disasters. Hence, being positive and empathetic to the negative attitudes of such people on this take is also a crucial step in going vegan. Don’t argue, educate. Believing in oneself, the idea, and not being aggressive is of great help. There’s always a good reason to stick with the plan and as a consequence, gain a better outcome.

Is veganism going to burn holes in my pocket?

To answer the question, not really. It depends solely on the way you go about your day-to-day lifestyle conducts. Thus, differing on an individual level.

A vegan diet is cheaper than any animal-based diet. If the diet consists of mostly processed foods, it might be expensive than any other regular non-vegan processed diet. This also depends on how the diet is planned or designed. Planning out meals in proper proportions would be a great help in saving money. Cooking at home and ditching going out for expensive food products (even vegan) can make your budget economical and your pockets heavier.

In most parts of the world, the food products are very cheap as they are local and very easily accessible. It might be a little pricey at the start, while transitioning, especially with fake meat. If that’s avoidable, then you can save up enough money regularly. Going vegan is like going back to basics, that is— eating fruits, vegetables, beans, etc., making your diet healthier, as well as cost-effective.

Veganism is not just a practice but a lifestyle that is compassionate and kind to individual health and the environment. Researches on the vegan lifestyle suggest that vegans spend 40% less than what animal-based population does. It’s a myth that going vegan is expensive, but it’s not and is well within the reach of everybody. Vegan clothing might be expensive but is taking over the industry and growing well, and as soon as the demands increase it’ll be available at normal Prices as others. If looking for a change, going vegan is very eco-friendly and healthy and is no more expensive than any other diet change.

With the advent of veganism, many people are going for vegan diets and with this— vegan and plant-based food products are rapidly making their way in the market and there’s no shortage. Veganism aims to avoid even the littlest usage of animal products, in everyday life whether it be directly, or indirectly. Starting from food to clothing, veganism aims to cut down the use of animal-based products to zero.

However, many certain nutrients are available only in cow’s milk or in fishes such as tuna, salmon. So, here we will talk about some of the vegetarian alternatives to these animal-based products:

Vegan meats are an easily accessible food product and are available in many varieties. Soy and gluten-based sandwiches are the best substitutes for deli meat. Other alternatives are Sausages, kebabs, instant ready-to-cook meat. If looking for vegan proteins, going for everyday kitchen staples like mushrooms and jackfruit are a few easy-to-cook vegan substitutes. Also, tofu is an all-around protein option.

Vegan beef burgers are available to satisfy cravings for meat. There are also vegan hot dogs as a viable alternative. Adding beans and lentils to the platter can become your primary source of protein and fiber.

Replacing milk whether, in tea, coffee or milkshakes can be done with the help of plant-based available alternatives which are very satisfying and delicious. For example, milk can be replaced by soy milk or rice milk. Nut-based milk can also be used as a substitute such as a cashew, hazelnut, and almond milk. These are the most selling plant-based milk categories globally. Dairy-free dips/butter are very easily available at the majority of the stores. Milk-based yogurt can now be replaced with soy yogurt.

On the other hand, we have some of the best vegan egg alternatives such as flax eggs and chia eggs for anybody who might crave an omelet but wants to pursue veganism. Mashed bananas make a good alternative for eggs in baked recipes. Applesauce and commercial egg replacers are very common in the vegan market too.

Replacing snacks such as chocolates are also available, one can go for dark chocolate which is mostly made of cocoa. Cookies are also available that are made only of wheat/corn flour and virgin oil. Ice-cream can be replaced with soy-based frozen desserts. Cashew Cream and cheese are also available which are as vegan as it gets. Vegetable oils such as soybean and corn are very easily available and are comparatively cheap. Virgin coconut oil is one of the best alternatives every vegan should go for.

Taking care, of oneself and the planet:

To pack it up, it can be said that veganism is a very specific scheme of consciously adapting according to the needs of our planet. If followed vigorously, it will enhance the production and consumption of food and other products in a manner that would neither harm the biodiversity nor deplete the natural resources from essential ecosystems. Going vegan is just a baby step towards achieving a higher goal of sustainability through collective action. With the right motive in this direction, we can have a very positive impact on the betterment of the lives of ourselves, others, and most importantly, OUR environment. 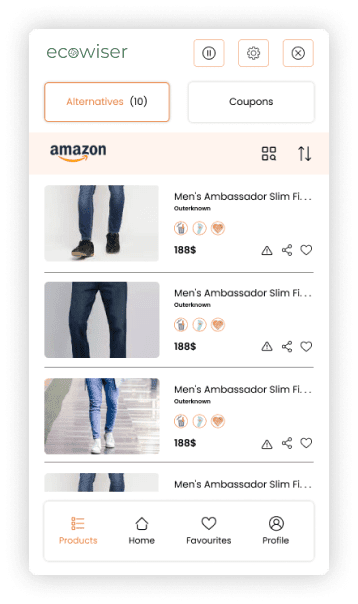